- June 19, 2017
Knowing Italian is sometimes a help in the culinary realm. But not always. Pecora means sheep in Italian providing the clue that Pecorino refers to sheep�s milk cheese. But after that it gets complicated. There are 6 kinds of Pecorino with Protected Designation of Origin (PDO) in Italy but only a few you are likely to find in the US. First up is the most commonly found Pecorino cheese, Pecorino Romano and tomorrow, Pecorino Toscano and Pecorino Sardo.

Pecorino Romano is the easiest to find Pecorino cheese in the US. The name is a bit confusing however. It�s not just a cheese from Rome or even Lazio as you might assume, but is also produced in the province of Grosseto in Tuscany and in Cagliari, Nuoro, Oristano and Sassari on the island of Sardinia. In fact, Sardinia is the biggest producer of Pecorino Romano, go figure. It�s an ancient cheese and it was mentioned by Pliny the Elder almost 2,000 years ago. It was such an important cheese, that it was part of the Roman legion�s rations�hence �Romano� in the name. It�s salty and dry, and has a wonderful sharp flavor that sets it apart from other dry cheeses. A good one will also have a bit of sweetness to it. You may recognize it from the black wax coating on the cheese. Fresher versions are aged for 5 months and the harder cheese used for grating is aged at least 8 months. 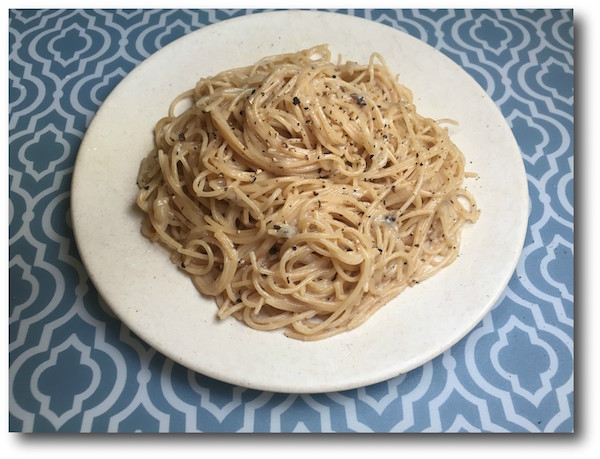 The more aged version is most often used in recipes, but the fresher version can be eaten on a cheese plate. It�s traditional to eat Pecorino with fresh fava beans in Spring. Pecorino Romano's sharp bite makes it the ideal cheese with rich pasta dishes like bucatini all'amatriciana and spaghetti alla carbonara. It is also the cheese you must use for the pasta dish cacio e pepe. Cacio literally means Pecorino in the Roman dialect, so please, do not substitute Parmigiano Reggiano for Pecorino Romano in the recipe. The classic recipe calls for only spaghetti, freshly ground black pepper and Pecorino Romano, though I won�t quibble if you want to add a bit of butter or olive oil. When the cheese combines with water it melts into a sauce, rather than gooey strings.

The brand of Pecorino Romano I�m most familar with is Fulvi made by I Buona Tavola. They make the only Pecorino Romano made in Lazio that's imported to the US. It�s aged 10 months to a year and made from full fat sheep�s milk, which means the cheese is not quite as hard as most Sardinian Pecorino. It�s salty but not too salty with a pungency but also a sweet finish. In addition to Pecorino Romano you may find another cheese from Fulvi called Pecorino Romano Gran Cacio Etrusco. It�s salted with Sicilian salt and rubbed with olive oil for several months. It�s a bit softer in texture and sweeter, definitely more nuanced and in my opinion, worth the slightly higher price. You can read a post about a visit to the caseficio where they produce Fulvi Pecorino Romano cheeses on cheesemonger Gordon Edgar�s blog, Gordonzola.

Popular posts from this blog 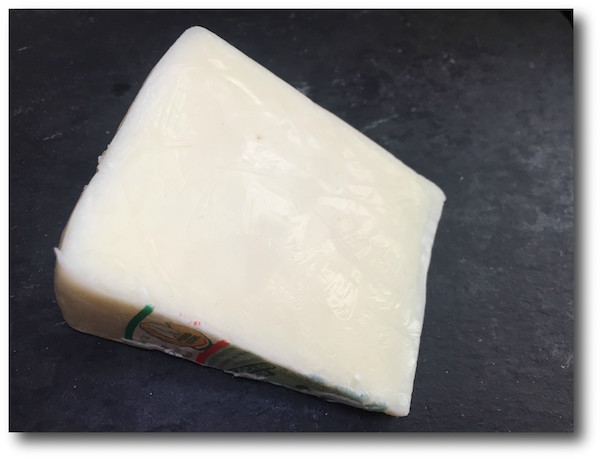 Yesterday I wrote about Pecorino Romano, today Pecorino Toscano and Pecorino Sardo, two other kinds of Protected Designation of Origin (PDO) Pecorino you are likely to find in the US.
Pecorino Toscano I ate the fresh version of Pecorino Toscano practically daily when I lived in Tuscany. In Florence, fresh Pecorino Toscano was like the Italian version of Monterey Jack, the cheese I grew up eating in California.It's mild, slightly herbal, sweet, approachable, easy to love. It's really great in a sandwich--either cold or grilled.

Pecorino Toscano is made from milk produced in Tuscany, Lazio and Umbria. As with all cheeses, it gets harder and drier as it ages. In the US it used to be much easier to the find the aged versions than the really fresh soft ones. The fresher version is particularly mild and creamy. The aged version is buttery, sometimes nutty with a peppery finish It�s just a great table cheese, perfect for an antipasto platter. Even aged it tends to be much milder than …
Read more 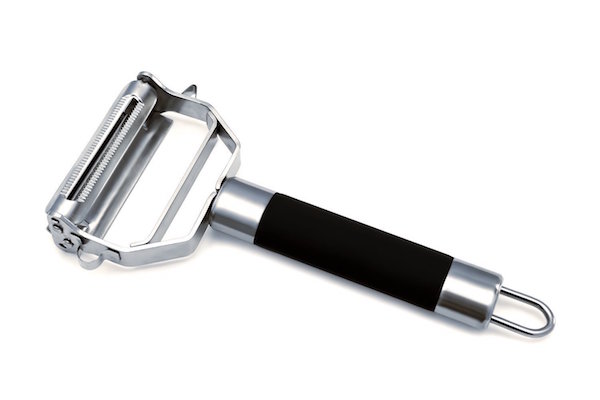 Is a spiralizer necessary? I got one to review, but truth be told I�m unconvinced. It turns out there are lots of ways to get strands and ribbons from vegetables and fruit. The most common kitchen tools, a grater and a vegetable peeler work remarkably well. I'm also a fan of the mandolin which can be used to make many more types of cuts. But if you really enjoy creating these textures and want a single gadget, the Deiss Pro Julienne & Vegetable Peeler is really a three in one. It�s great for peeling potatoes and carrots, but it�s also good for creating those slithery ribbons and shredds for salads. It also has a nifty feature on the side that allows you to remove the "eyes" from potatoes without resorting to a paring knife or use it to create a peel strip from citrus fruit.

I�ve been using this gadget on zucchini. I use the larger ribbons with chunkier pasta and the shreds with skinny noodles. I blanch the zucchini for a minute or two with the pasta, to get rid of th…
Read more